The hints and speculations are now over. Facebook has finally unveiled its digital currency coined Libra. Facebook won’t fully control Libra, but instead get just a single vote in its governance like other founding members of the Libra Association.

The project’s current goal is to create and launch its digital wallet (Calibra wallet), thereby having the means to integrate with other Facebook products and services.

Now, how exactly is this new coin going to revolutionize the digital and marketing world? Simply put, Calibra will be something like the Bank of Facebook.

We all know that Facebook owns Whatsapp, Messenger, and Instagram. Collectively, these three platforms have over 2.7 billion users. This simply means that the coin has a huge potential user base.

Adopting the coin, when it launches, may not be a huge issue for Facebook. With billions of people learning how it works and interacting with it, Calibra is on course to be one of the world’s biggest and most successful digital wallet and currency.

INTEGRATING WITH WHATSAPP AND MESSENGER

According to Calibra’s vice president of product, Kevin Weil, the digital wallet features will be integrated into WhatsApp and the Facebook Messenger. There will also be a standalone app for those who aren’t on Facebook or using WhatsApp.

Doing this will make it easy for merchants and marketers to transfer money, sell products, and complete advertising campaigns without stress.

Facebook already has plans of bringing ads and other Messenger functions to WhatsApp. In fact, there are speculations that the company might bring both platforms under one umbrella.

Calibra will make this transition work as it would be quite easy to carry out all payment transactions without leaving the app, a marketeers dream!

Weil noted that many people in developing countries use these two Messenger and WhatsApp to send transfer receipts to each other. Also, the cost of transferring money in these countries are quite high. Calibra will take those pain away as sending money would be like sending a message.

PayPal and Venmo have already been integrated into Facebook Messenger. People can use these platforms to send money on Messenger. Both platforms are also used to pay for goods and services on Messenger.

However, using them still requires your bank account or credit card, which almost 1.7 billion people does not have access to. With Calibra, anyone with a mobile phone will be able to make payments and transfer money.

It’s a really exciting time for those working in Messenger marketing. I believe over the next couple of years we will see significant improvements to Facebook owned messenger services in regards to the user interface and conversational commerce, smart brands will start planning for it now.

Libra [Facebook] will no doubt face some tough questions regarding unlawful behaviour but I think it can overcome those as well as the regulatory scrutiny.

There have been speculations that Facebook is trying to improve what WeChat has achieved in China.

The Chinese use WeChat a lot. In fact, the Ten-Cent owned company is the most dominant platform in China. With its built-in payment system, WeChat allows its users to pay bills, buy goods and services, play games, and more in both online and offline stores.

Bringing this model to the whole world instead of one nation is a good thing for Facebook. They plan to make Calibra a stable coin, which means it won’t undergo the kind of fluctuations Bitcoin and other alt coins undergo.Li

Why Smart Businesses Are Investing in Chatbots and Messenger Marketing

Have a project in mind?
Let’s work together.

We are on a mission to make it easier and faster for consumers to connect with businesses. Conversations are how humans on the internet connect with each other, people now expect the same from businesses. 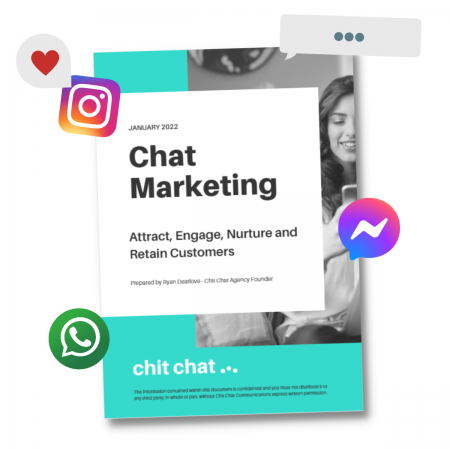 The way people communicate online is changing, including how we interact with businesses. More than 1 billion users connect with a business on Messenger, Instagram & WhatsApp every week.

Download our FREE guide to learn how we automated growth on the worlds biggest messaging channels for businesses just like yours.